skip to main | skip to sidebar

Kota Kinabalu: Kimanis and Sipitang have been earmarked by the State Government to be developed into oil towns, similar to Miri and Bintulu in Sarawak and Kerteh in Terengganu.

Chief Minister Datuk Seri Musa Aman said it is the State Government's hope to develop Kimanis into another Kerteh for Sabah although it may take some time.

"I was told by people in Terengganu that it took 20 to 30 years for Kerteh to be where it is now, so we don't mind to start from the beginning.

"We hope Kimanis will be developed like Kerteh now but it will take time," he said after launching the First Borneo International Oil and Gas Conference and Exhibition at Magellan Sutera Hotel, Friday.

The Sabah Oil and Gas Terminal (SOGT) project is currently ongoing in Kimanis, which Musa said would start small but would be modern and well planned with a green environment. A masterplan had been prepared.

Another area was Sipitang where more than 2,000 acres have been earmarked by the State Government for oil and gas industry by the seaside.

"It will also have a deep sea port. We will be developing Kimanis and Sipitang concurrently," he said, adding that Sipitang and Kimanis were chosen because it can accommodate deep sea port and is near the oil fields.

In his speech, Musa said the State Government envisioned Kimanis to be developed into a "Common Facilities" township with a helicopter hanger and airstrip, industrial and occupational health clinics, supply base and warehouses, workshops and service centres and offices apart from training schools with up-to-date equipment.

The town would also have supporting infrastructure like hotels and hostels, restaurants, schools and places of worships.

"Gas from offshore Sabah will land at the Sabah Oil and Gas Terminal in Kimanis in 2013, and this is something we are looking forward to.

Gas will be available for the domestic market, as well as for the Bintulu LNG plant through the Sabah-Sarawak Gas Pipeline," he said.

Since gas would become an important energy source, the State Government was working with Petronas on a master plan to promote gas distribution infrastructure to bring this resource to homes, businesses, the transportation sector and for industries.

"We recognise that this is a long-term and capital-intensive plan," he said.

Oil production in Sabah started in 1975 from the Samarang field, with Shell being the only upstream operator, while the North Sabah Trunkline, the longest offshore submarine pipeline in South East Asia at that time was built in 1979.

As a key component of Sabah's economy, the oil and gas sector accounts for 8.2 per cent of the Gross Domestic Product and crude petroleum accounted for 37.4 per cent of Sabah's total export with an approximate value of RM13.9 billion in 2009, he said.

A.S. Kasah
Subang Jaya, Selangor D.E., Malaysia
Truly Kadayan/Kedayan by birth. Residing in Subang Jaya, Selangor D.E. since 1988 until now. I was born in the Colony of North Borneo, now called Sabah (Land Below the Wind). It was still the British rule then, and we used to sing "God Save the Queen" at the school assembly in early sixties. On 16 September, 1963, the Colony of North Borneo gained its independence through the formation of Malaysia. I spent most of my childhood days in a remote village, where basic utilities such as roads, water, electricity and telephones were not known to the village folks. My childhood days were very challenging, simply because our living condition was just at the lowest level of Maslow Hierarchy of Needs.

CBox (Please do not abuse this chatterbox. Thanks)

I would appreciate it very much if you could leave your e-mail address or website/blogger url at the guest book. Thank you.

In Support of ISA 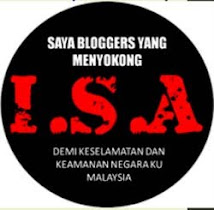 View this movie at cultureunplugged.com

The most comprehensive resources in the net!